Hacktoberfest is a massive online event hosted by DigitalOcean every October to encourage Open Source Software development. DigitalOcean is giving out free Hacktoberfest t-shirts to the first 70,000 participants that make 4 pull requests in the month of October.

Handshake is a decentralized blockchain built to dismantle ICANN's monopoly on top-level domains (.com, .net, .org, .io are all ICANN top-level domains) and replace Certificate Authorities. $10.2 million was raised for the Handshake, all of which was donated to FOSS communities (source).

Namebase is an onramp for Handshake — we did not create Handshake but are big fans of Handshake and we built our platform to make it easy to buy and sell HNS as well as use, manage, purchase, sell, and bid on Handshake names.

Join the Namer Community on Discord and DM the Community Manager, Johnny Wu, that you are participating to ensure we register your participation.

In addition to the $10.2M donated to FOSS communities, a decentralized airdrop of 4,246.994314 HNS (~$700 value) each was also created for open source developers to claim (source). Only roughly 3% of total airdrops have been claimed, so you will want to confirm below whether you qualified for the airdrop.

[12:00] Welcome and Overview
Introduce DigitalOcean's Hacktoberfest and the Handshake Hacktoberfest along with rules regarding receiving their respective prizes.

[12:15 to 13:00] Mingling
Ask the organizers anything, meet other hackers, chat about Handshake! 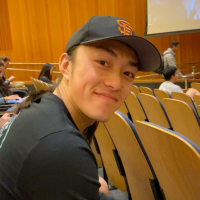 Namebase in an onramp for Handshake — we built our platform to make it easy to buy and sell HNS as well as use, manage, purchase, sell, and bid on Handshake names. Handshake is a decentralized blockchain built to expand the top-level domain space and replace Certificate Authorities.