.NET nanoFramework is a free and open-source platform that enables the writing of managed code applications for constrained embedded devices. It is suitable for many types of projects including IoT sensors, wearables, academic proof of concept, robotics, hobbyist/makers creations or even complex industrial equipment. It makes the development for such platforms easier, faster and less costly by giving embedded developers access to modern technologies and tools used by desktop application developers.

Developers can harness the powerful and familiar Microsoft Visual Studio IDE and their .NET C# knowledge to quickly write code without having to worry about the low-level hardware intricacies of a microcontroller. Desktop .NET developers will feel “at home” and are able to use their skills in embedded systems development, enlarging the pool of qualified embedded developers.

It includes a reduced version of the .NET Common Language Runtime (CLR) and features a subset of the .NET base class libraries along with the most common APIs included in the Universal Windows Platform (UWP) allowing code reuse from desktop applications, IoT Core applications, thousands of code examples and open source projects.
Using Microsoft Visual Studio, a developer can deploy and debug the code directly on real hardware.

Brought to you by DigitalOcean in partnership with Dev & Intel — is a month-long celebration of open source software. Maintainers are invited to guide would-be contributors towards issues that will help move the project forward, and contributors get the opportunity to give back to both projects they like and others they've just discovered. No contribution is too small — bug fixes and documentation updates are valid ways of participating.

Can't make it to this online meetup? Hacktoberfest is virtual and open to participants from around the globe. Sign up to participate today.

First, sign up on the Hacktoberfest site at https://hacktoberfest.digitalocean.com. To qualify for the official limited edition Hacktoberfest shirt, you must register and make four pull requests between October 1-31. Pull requests can be to any public repo on GitHub, not just the ones with issues labeled Hacktoberfest. If a maintainer reports your pull request as spam or spammy behavior, or not in line with the project’s code of conduct, you will be ineligible to participate.

Connect with other Hacktoberfest participants by using @DigitalOcean, @hacktoberfest, #hacktoberfest on your social media platform of choice.

New to DigitalOcean? Receive USD $100 in infrastructure credit at https://do.co/hacktoberfest100.

14:00 Welcome
14:05 Presentation of .NET nanoFramework for new comers
14:15- Explanation on the focus areas we are targeting with Hacktoberfest
14:30 Questions and group assembly per interest areas 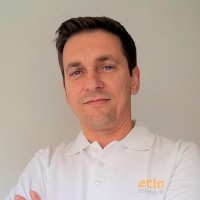 José Simões and 2 others
From Eclo Solutions on behalf of .NET nanoFramework

Eclo Solutions was founded in 2003. We develop monitoring solutions for food industry, cold chain, HORECA, agriculture and pharmaceutical. Solutions based on software and electronics that we design from the ground up or most of it. Providing consulting and engineering services on electronic product development and turn key projects. We are engaged on several Open Source projects for which we contribute very actively.