It should come as no surprise that women and non-binary hackers face adversity when navigating the world of tech. While many organizations such as MLH strive to create inclusive communities, there are many realities that prevent this from coming to fruition whether that be cultural, religious, financial, etc. We have brought together a panel of female and non-binary individuals who have found success and community in the tech space and can share both their reflections on what tech can do better and advice on how to navigate these same waters as a hacker yourself.

Emily is a 23 year old trans woman who recently graduated from University of California - San Diego as a Computer Engineering major and Design minor. After two past internships she is headed to Google to work as a full-time software engineer on the Cloud team. She is also the founder of San Diego’s largest tech organization, ACM UCSD, past VP of its largest engineering organization, and has won 20+ awards at 25+ hackathons.

Fiona Whittington is the Co-Founder and Executive Director of TechTogether, the nation's largest initiative to address the gender inequities in the hackathon community. TechTogether is credited with increasing the representation of women and non-binary people in the hackathon community by 18% from 2019 to 2020. Her work for TechTogether has been featured in the New York Times, Washington Post, and Boston Globe. Fiona previously worked in marketing at Red Hat and Armored Things. In 2019, she received her bachelor's degree in Advertising from Boston University.

Mara is a MLH Coach and a Computer Science student in her last semester at the University of Virginia. At university, she did research into CS education, focusing on the effects of a professional development course on CS students of different demographic backgrounds, and founded the largest national College Loop of Girls Who Code. Outside of school, she is a returning Software Engineer intern at Microsoft working in full stack web development and streams coding content on Twitch at twitch.tv/MaraDrinksMilk. 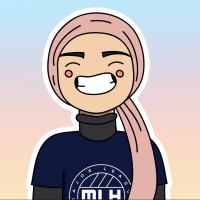 Mara Hart and 4 others
From Major League Hacking

Major League Hacking is the global hacker community. Our mission is to empower hackers.