Have you ever wanted to pick the brain of someone who attended hackathons and graduated on to a career in tech? Now’s your chance to talk to them at our Hacker Alumni Panel!

Angelo Saraceno is a Product Manager at Citrix. He believes in crossing disciplines to deliver delightful products. When not responding to customers’ needs and triaging Jira tickets, he runs avidly, and consumes sci-fi of all kinds.

Jesslyn Tannady is a former WHACK (Wellesley Hacks) Director. She currently works as a developer advocate at Facebook where she learns, builds, and shares cool VR technologies with the world. She lost track of how many hackathons she has attended but estimates that it's somewhere in the 100 range. She strongly believes that the real hackathon prizes are the friends you make along the way. You can find her on Twitter at twitter.com/jtannady.

Lisa graduated from Boston University majoring in Computer Science and Mathematics. Throughout her time in college, she was strongly involved in the hacker community, organizing several hackathons and even leading TechTogether Boston 2020. She is interested in getting those in minority communities to learn more about technology, as she believes that there is a place in tech for everyone. Outside of her work with TechTogether, Lisa is a software engineer at Audible, combining her passion of coding and learning. 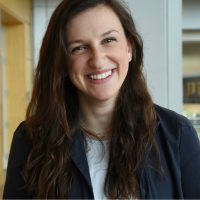 Emily Akers and 3 others
From Major League Hacking

Major League Hacking is the global hacker community. Our mission is to empower hackers.